The Girls Move Out

It stinks when the drudgery of jobs and bad weather get in the way of important tasks, like taking care of chickens. But that's exactly what happened this week. Several days of bad weather and late nights working really slowed down progress on the run. We put up wire whenever there was a break in the rain but getting the birds out of the basement had to wait.

The run is close enough to complete to let the girls out. It was a chicken rodeo trying to catch and carry six frantic birds past a salivating dog to the great outdoors. Ginger, being the easiest to catch, was the first to go. It's been weeks since the poor thing has seen natural daylight, and I think she was temporarily blinded by the sun. 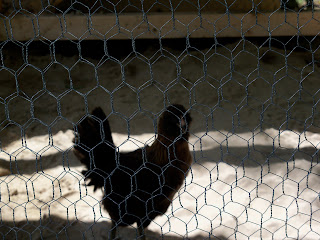 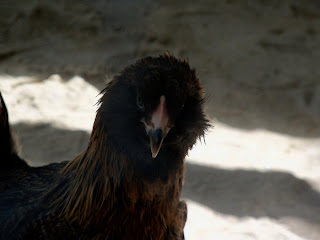 After a few minutes of wandering around in a daze, she started to look pretty happy so we brought out the rest of the gang. 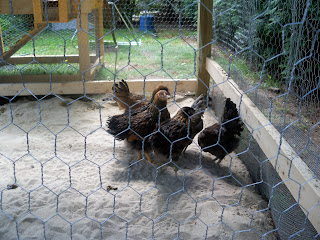 It's been a chilly and windy day. Thelma and MaryAnn chose to nap in the coop, but the others preferred to huddle together. 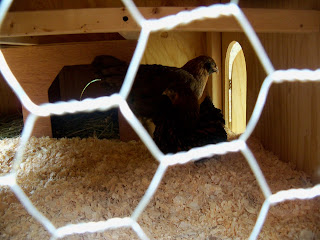 They are loaded up with food, water and fresh air. Now we'll have to see what new adventures await. 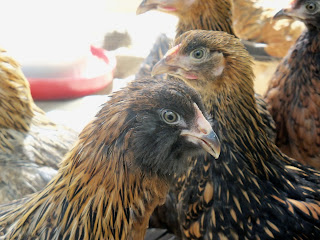 Then again, they have to make it through their first (very cold) night on their own!
Posted by City Kid Farm at 1:56 PM