The chicks out grew their brooder. We knew it was only a matter of time when we entered the closet to find half of the chickens perched on the side of the large bin they were living in. It took us a little while to figure out where and how to keep them. It's still a month away before they can live outside - not that their coop is even close to being done.

We originally intended to keep them in the basement but it's been feeling a little damp down there after the torrential rains of late. We decided they would have to stay in the closet a little longer. But what to keep them in?

We improvised with an unused dog crate that has been sitting in the basement. Here it is: 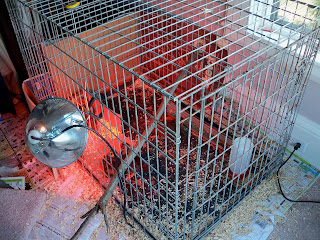 We thought the crate was a clever idea because it has a tray in the bottom that slides out for easy cleaning... We didn't account for all the crap, quiet literally, that the chicks throw around. We'll have to build some kind of barrier to keep the debris in the cage. On the positive side, they love sitting on their new roosting stick and have more room to move around. 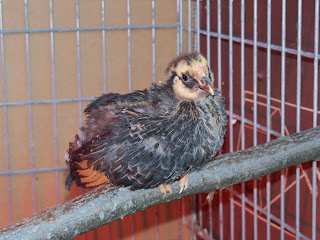 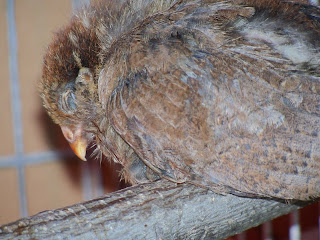 Louise is starting to look like a rooster to us 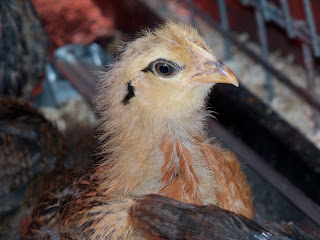 What a difference a couple of weeks makes 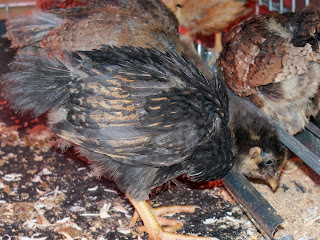